A collection of images of Valley Parade, then and now…

From the Bradford End

The first was taken prior to kick-off, Bradford City vs Manchester City on 12th September, 1908, the club’s first hom game in Division One (0-0). The image was created by John Ashton, stitching together two views of the ground to give a composite panorama. That below was taken by myself in December, 2019. 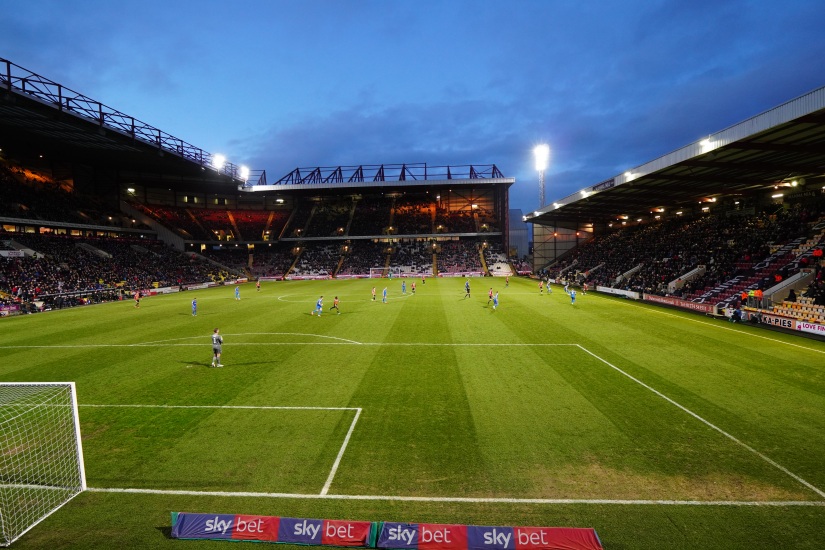 The first photo was taken in February, 1949 at the sell-out game with Hull City. The view would not have been much different forty years before that. The second was taken by Mark Neale from roughly ten yards nearer Manningham Lane around 40 years later. The third was taken by myself on 29th February, 2020 vs Plymouth Argyle.

The following images are from c1910, 1954, 1988 and 2000 respectively. The first features supporters in the Midland Road stand. Whilst predominantly male, a number of women can be spotted in the crowd. Note that no-one is bah t’at. The other three were taken of supporters on the Kop. That from 1954 is a press photograph, provenance unknown. The one in 1988 was taken by Eamonn McCabe and that from 2000 by Stuart Roy Clarke. 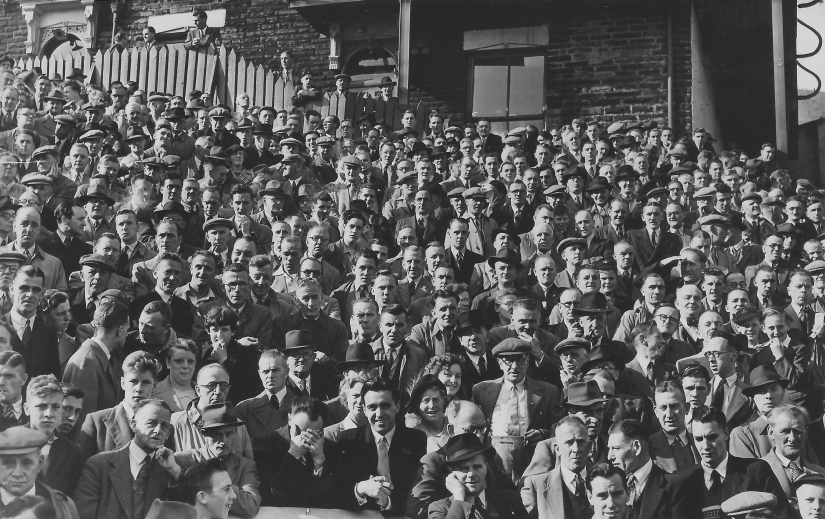 Other archive images of Valley Parade from these links:

Valley Parade photos from the 1970s

Valley Parade photos from the 1980s

Photos of the rebuilding of Valley Parade in 1986 – Part 1

Valley Parade photos from the 1990s

Construction of Midland Road stand in 1996

Valley Parade of today (photos taken by myself at the Stephen Darby Testimonial July, 2019)

More photos of today’s Valley Parade (photos taken by myself at the Salford City fixture in December, 2019)

Valley Parade and the Bradford landscape

Other galleries to follow with links updated from here.