I was recently reminded of a football fanzine about East German football in which I was involved with the production. For posterity the 16 page content is provided below.

Entitled UND NUN VOLL DAMPF – translated AND NOW, FULL STEAM – the publication borrowed a slogan used in the 1FC Lok Leipzig programme. In those days the supporters of Lokomotive Leipzig had plenty to be upset about and it was no secret that the DDR authorities did all in their power to prevent the Saxons winning the East German Oberliga. Coming from England it was the equivalent of putting the West Midlands police in charge of the football results (and most people of a certain age will remember how they policed football in the 1980s).

Published in 1987 by The City Gent (of which I was co-founder in 1984 and then editor at the time), UND NUN VOLL DAMPF was a tribute to the glories of 1FC Lokomotive Leipzig and included a feature by Attila the Stockbroker. Notwithstanding the niche interest (!) around 500 copies were sold but a second issue was never produced. (The cover featured a photo of an upside down German Reichsbahn express loco that was in an art installation at the then derelict Anhalter Bahnhof in West-Berlin.) 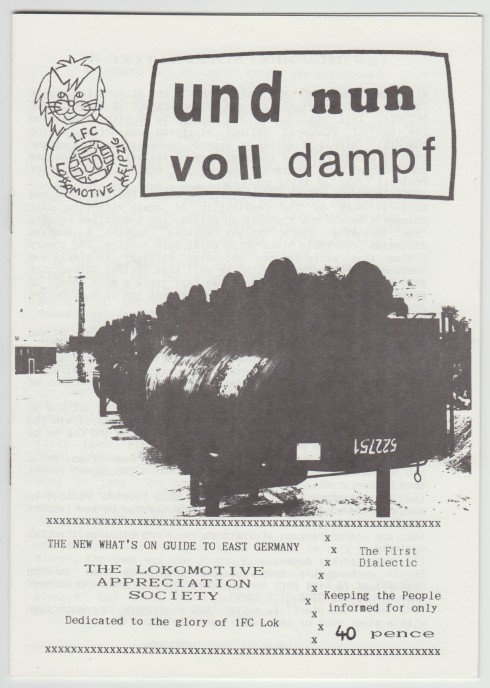 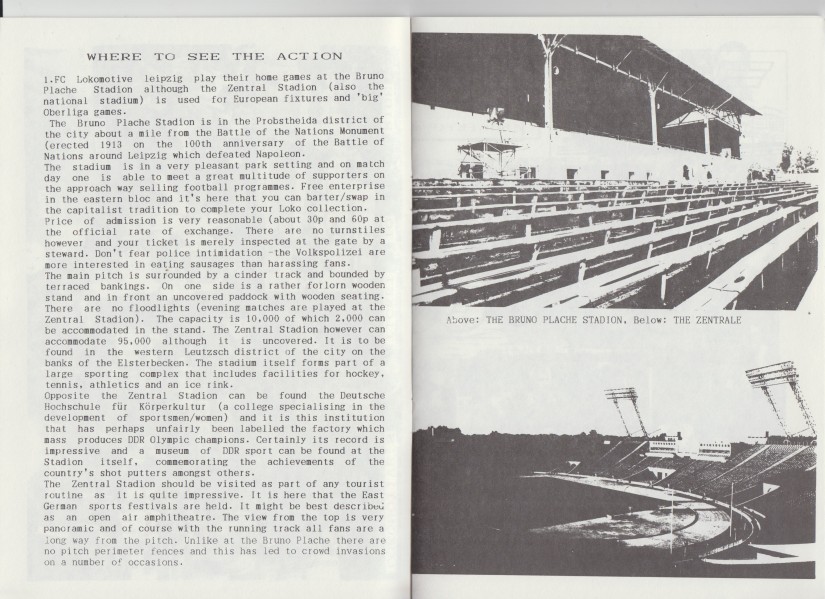 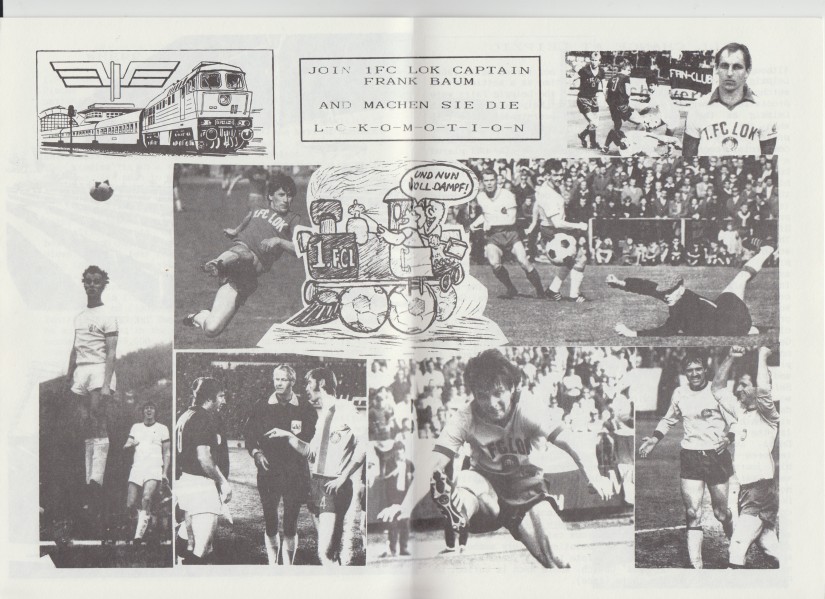 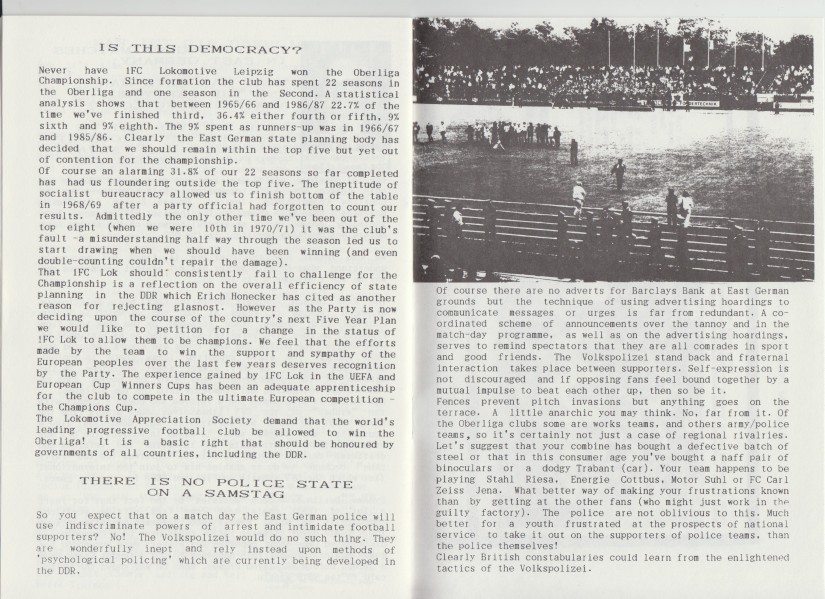 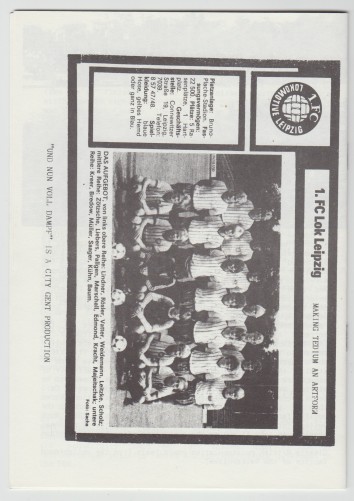 Attending games in Leipzig in the late 1980s was quite an experience with unrestrained crowd violence. I suspect that the authorities took the view that the football aggro allowed the local youth to let off steam. On one occasion I was on a rickety tram to the Bruno Place Stadion from the centre of Leipzig that was ambushed near the ground by supporters of Wismut Aue who rocked the lead vehicle from side to side. It made English crowd violence of the time seem tame.

English football in the 1980s was in a pretty sick state but the East German experience put things into a bit of context because DDR football was most certainly in a bad way. At that time football fanzines were a new phenomenon in England but you would not have found a football samizdat in Leipzig or elsewhere in the German Democratic Republic. The irony in the pages of UND NUN VOLL DAMPF back in 1987 was not accidental and dare I say that it was intended as a spoof fanzine.

1FC Lokomotive Leipzig were in their prime when the tribute was released but the club did not fare well with the falling of the Wall two years later and reunification the year after that. The club was reformed in 2003 and has adopted the distinctive iconography of the original organisation. At the bottom of this page is a poster advertising a fixture at the Bruno Plache Stadion that I obtained in 1987 and it is amusing to see that exactly the same design has been retained.

Somewhere deep in the archives of the Stasi are / were copies of The City Gent from 1985-89. Copies were posted to a couple of addresses in Leipzig from England but the vast majority never reached their destination. Around that time I was offered work in East Germany. It seemed suspicious and I turned it down, discovering shortly after that it was not a regular job and that a Stasi operative had tried to sign me up in the service of the DDR.

On this blog you will find content about the history of Bradford City, my features in the BCAFC match day magazine as well as book reviews. Refer to the drop down menu at the top.