Following the demolition of the original Midland Road stand in 1952 the ground remained essentially three-sided until the new stand was constructed in 1996. The shed that existed previously had been ‘upgraded’ in 1986 but remained recognisable to what had stood prior to the fire disaster. The shed was well known for its basic TV gantry. 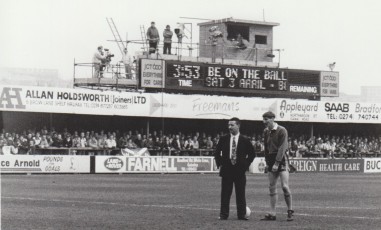 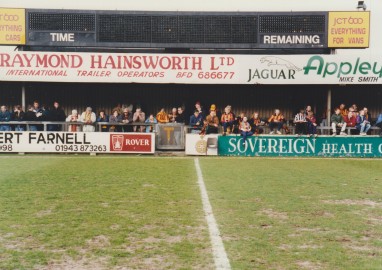 The shed staged its last game for a friendly between Bradford City and Feyenoord on 28th May, 1996 to celebrate the club’s Wembley Play-Off success two days before. The new stand was used for the first time on 26th December, 1996 and was formally opened by HM The Queen on 27th March, 1997 who was visiting Bradford for the city’s centenary celebrations. 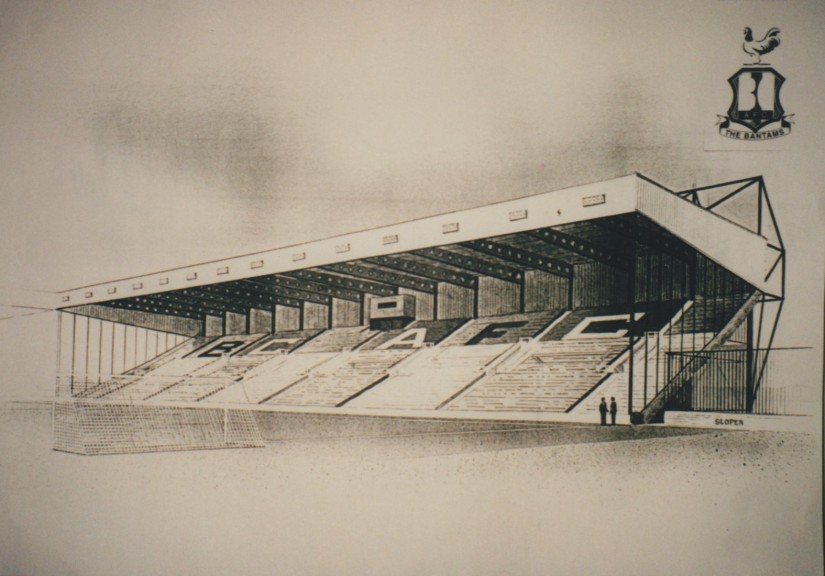 Pictured below the shed during its final game and on the occasion of an earlier fixture with the improvised TV gantry facilities on its roof. 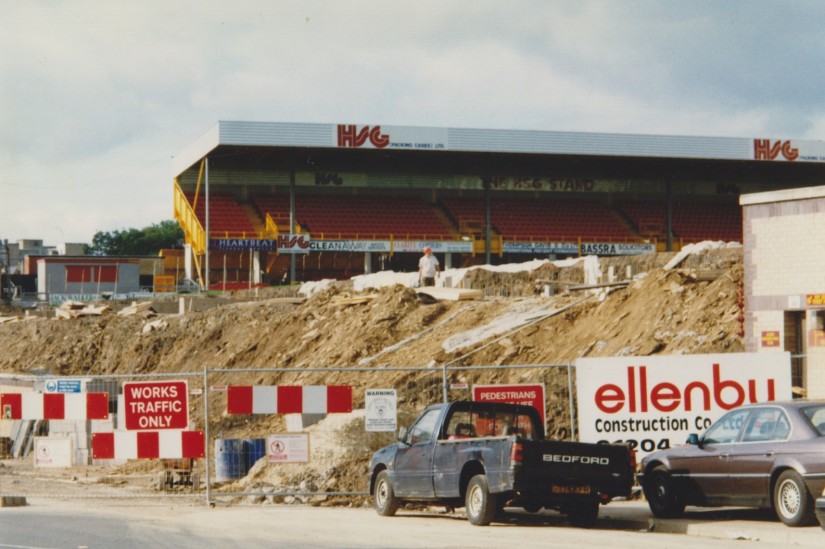 More photographs of the construction of the Midland Road stand (Part Two).

Other archive images of Valley Parade from these links:

Valley Parade photos from the 1970s

Valley Parade photos from the 1980s

Photos of the rebuilding of Valley Parade in 1986 – Part 1

Photos of the rebuilding of Valley Parade in 1986 – Part 2

Valley Parade photos from the 1990s

Valley Parade of today (photos taken by myself at the Stephen Darby Testimonial July, 2019)

More photos of today’s Valley Parade (photos taken by myself at the Salford City fixture in December, 2019)

Valley Parade and the Bradford landscape

Valley Parade: Then and Now

Other galleries to follow with links updated from here.

The menu above provides links to other features on this website including my features in the BCAFC programme, book reviews and content about the history of Bradford City AFC.