The Beautiful Badge: The Stories Behind the Football Club Badge by Martyn Routledge and Elspeth Wills (Pitch Publishing, 2018) 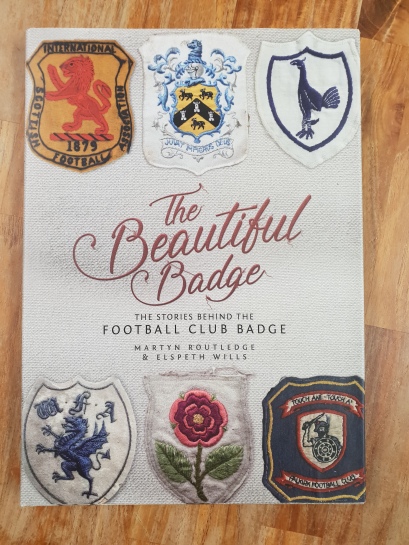 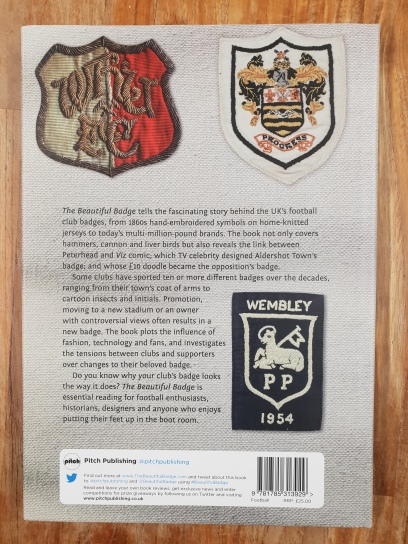 It is rare for a book to combine outstanding design with an authoritative narrative but this is a classic. Frankly I am in awe of the effort that has been put into it which probably explains why there has never been anything like it before.

As a child I had the 1971/72 Batholomews Football map of Great Britain on my bedroom wall that was illustrated with club crests as well as team strips. Nothing better gave me a basic knowledge of British geography and civic crests. Nowadays club crests are visible on an almost daily basis, thanks to a large degree to digital design and the internet but they were not always so commonplace. In the main they tended to be confined to boys’ comics and it was otherwise rare to see a compilation of crests. 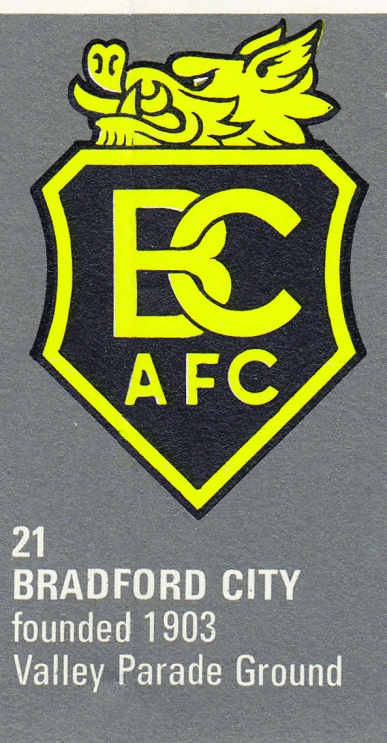 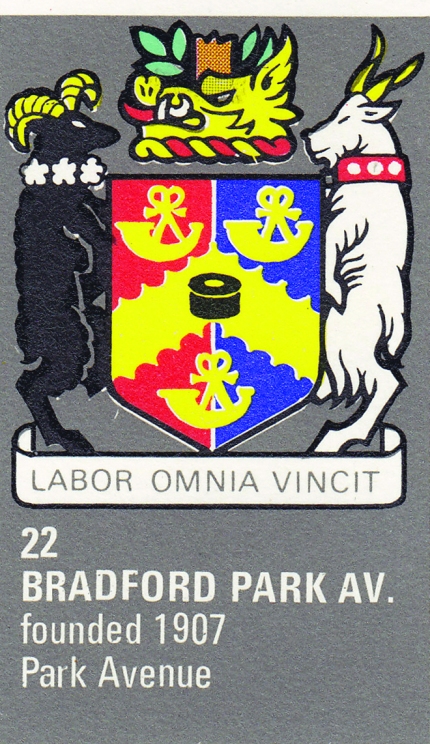 The Beautiful Badge is a true indulgence that allows comparison of badges not only from different clubs but from different eras.What is so enjoyable about the book is that it has extensive coverage of early club badges dating back to the pre-World War One era and there is a treasure trove of artefacts and illustrations. Bradford City supporters will be satisfied that the club is well-represented and indeed there is a good share of graphics relating to the Bantams / Paraders. A minor blemish is that a Bradford AFC badge originating from Park Avenue, c1896 has been attributed as City related but it hardly detracts. (I wish the same could be said of my own photograph in the section about Scunthorpe.)

The history of changes to the Bradford City crest is pretty much consistent with what has happened at other clubs, alternating variously between a civic crest themed badge, monograms, an identity based around a creature (ie bantam) and the adoption of a character (ie City Gent). All of these developments are tracked in The Beautiful Badge. 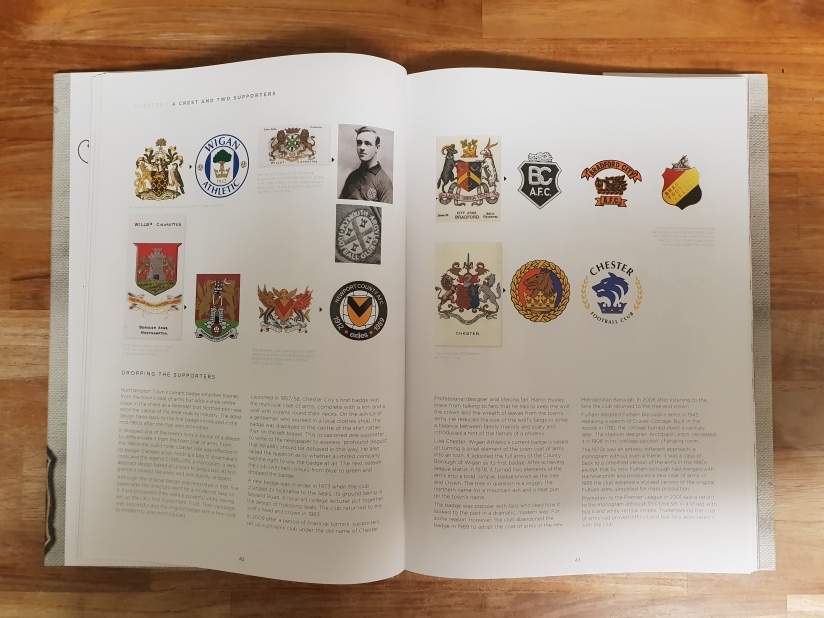 The book is based on the research undertaken by Routledge for an undergraduate dissertation and around twenty years ago I provided him with some background about the various crests that have been adopted by Bradford City AFC. I have also assisted him with the production of this book, providing detail about Bradford City as well as my involvement with the rebadging of Scunthorpe United in 1981. Indeed I was the man responsible for the design of that club’s ‘Unity fist’ badge.

In October, 1981 I attended an away game at the Old Show Ground where City managed a convincing 3-1 victory. The programme included an appeal for design ideas for a new Scunthorpe badge, to introduce a new image. The winner was offered a £10 prize.

By my own admission I have no love for Scunthorpe United and even less skill as a graphic designer but not to be put off I sketched a design on a food wrapper whilst on the journey home on the CTC ’73 supporters’ coach. I posted it off and forgot all about the episode. Imagine my surprise when I saw my design in a copy of the Rothmans Yearbook the following summer. I genuinely couldn’t believe that my drawing had been chosen without any alteration because it was awful. It spoke volumes for the sheer amateurism of the era that a rebranding exercise could have been dealt with in this way. 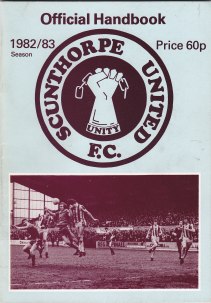 En route to Cleethorpes to watch City in a pre-season fixture I called at the Scunthorpe club shop and introduced myself as the person who had drawn the crest to claim my prize. For my efforts I was awarded a couple of lapel badges and a letter certifying that I had won the design competition. I never received the advertised prize money but instead I had the dubious honour of having designed the Scunthorpe United crest. The badge lasted no more than a few seasons to be replaced by a more ‘family friendly’ version but nevertheless it proved popular with the club’s fans. I still chuckle at my contribution.

If I had to recommend a football book as a special Christmas gift, this would be it. At the time of writing it is topping the Amazon charts and I know that it will be hugely popular and successful. My understanding is that within the first month of going on sale there has been a reprint.

I have written widely about the history of sport in Bradford and you will find various features on this blog.

For those interested in the history of Bradford City crests the following articles are of note:

How Bradford City became known as the bantams

Revival of bantams identity in the 1980s

Later this season I shall be uploading a feature with the the story of the City Gent character which will also be published in the Bradford City AFC matchday programme.

My Other Book Reviews