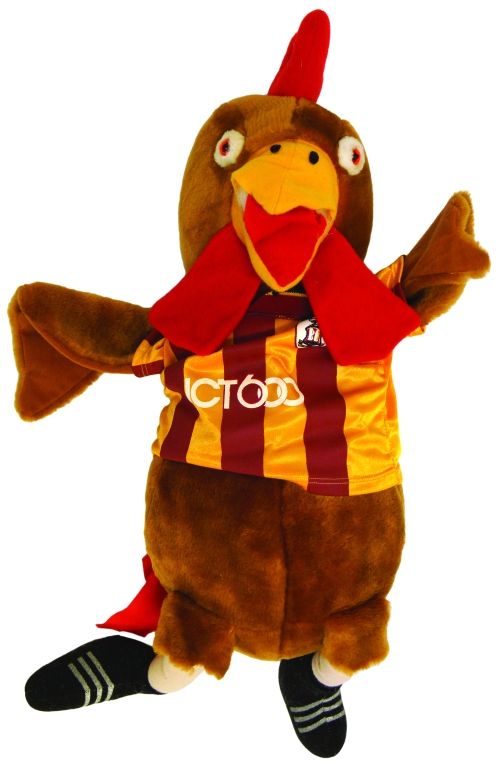 The nickname of our visitors, Sunderland AFC – the ‘Black cats’ – has origins not dissimilar to that of our own ‘Bantam’ identity. A black cat was credited with having brought good fortune to the team in its victory against Bury at the beginning of January, 1909 and was adopted as club mascot shortly after. Around that time it was not uncommon for football clubs to seek animal character nicknames and indeed the ‘Bantam’ identity had been adopted at Valley Parade not long before.

The first game between Bradford City and Sunderland was at Valley Parade on 24 October, 1908. The 0-2 defeat left the home side stranded at the bottom of the first division with only one win and six goals scored from the first nine fixtures. It had proved to be a difficult baptism for City, promoted as Division Two Champions the previous season.

With only two points from the next four games, by the end of the following month it was beginning to look as though relegation was inevitable. Accordingly, few gave the club much chance of getting a result from the match with League leaders, Everton at Valley Parade on 28 November and yet that game proved to be a real turning point, remembered for the launch of the club’s bantam identity.

The characteristic of bantams as small but fearless fighting creatures suited the self-image of the club and typified its personality. Manningham FC had always considered itself as a challenger to much bigger sides (in particular Bradford FC at Park Avenue) and Bradford City had inherited the same sense of being an underdog. As the club struggled to consolidate in the first division, the notion of bantam fighting spirit was equally motivational for players and supporters alike. The new identity proved totemic and inspired a recovery: a draw with Everton was followed by two successive victories at the beginning of December. The club eventually secured its place in the first division with victory over Manchester United in the last game of the season.

The City side was still struggling at the foot of the division on 20 February, 1909 when it faced Sunderland in an FA Cup tie at Valley Parade. The near forty thousand capacity crowd was said to have been a new record for a cup tie in the city and a good number of spectators was reported to have come from the Leeds district. At half time a dummy bantam was placed on the crossbar at the Spion Kop end to inspire the Bradfordians but it was Sunderland who progressed to the next round, winning 1-0.

There was a subsequent meeting at Roker Park the week after in the return league game. Unfortunately that also ended in defeat for City by 1-2. The Yorkshire Evening Post reported that the home supporters in the 15,000 attendance afforded Bradford City a cordial reception. A bantam cock was thrown onto the pitch shortly before City secured an equaliser with a penalty kick. It was said that the bantam ‘provided a diverting spectacle’ and ‘there was the suggestion that it should be handed over to the tender mercies of Sunderland’s black cat to save further trouble.’ (For the record, City won the next game in the series, 3-1 at Valley Parade the following December.)

The adoption of the ‘Bantams’ nickname captured the imagination of the City faithful. The following season a new shirt was adopted by the club with a yoke collar said to resemble a bantam’s plumage – the same shirt that was worn when Bradford City won the FA Cup in 1911 when they defeated Newcastle United – the Magpies – in a replay. To my knowledge Sunderland AFC has never adopted a shirt in the guise of its mascot, surely a lost opportunity for the Mackems!