During the summer of 1985 there were numerous fund raising initiatives undertaken to help raise funds for the Bradford City Disaster Fund in support of victims of the fire at Valley Parade. There was awareness of the tragedy among supporters worldwide and not surprisingly it received considerable coverage in soccer publications. It was the release of a recording by Gerry Marsden – ‘You’ll Never Walk Alone’ – that is perhaps best remembered but so too there were numerous fund-raising fixtures arranged across the United Kingdom.

These images testify to the goodwill that was extended to the club and possibly the most high-profile game was the restaging of the 1966 World Cup Final at Elland Road in July, 1985. The game between Bradford City and Manchester United the following month was played at Leeds Road, Huddersfield. 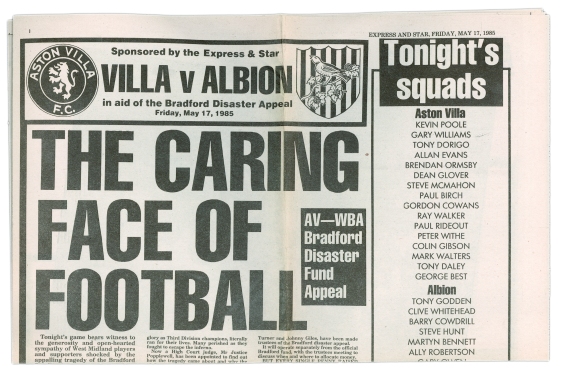 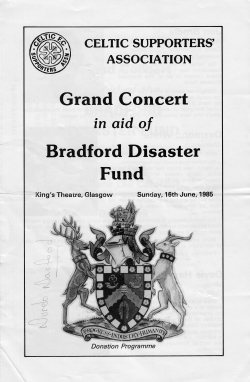 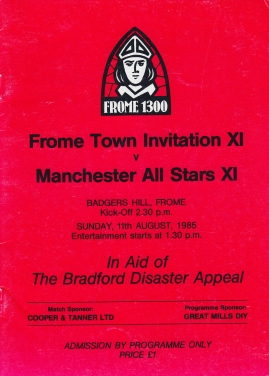 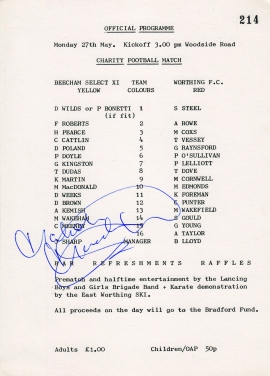 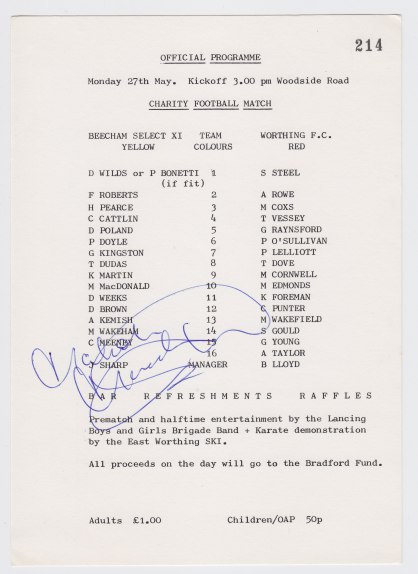 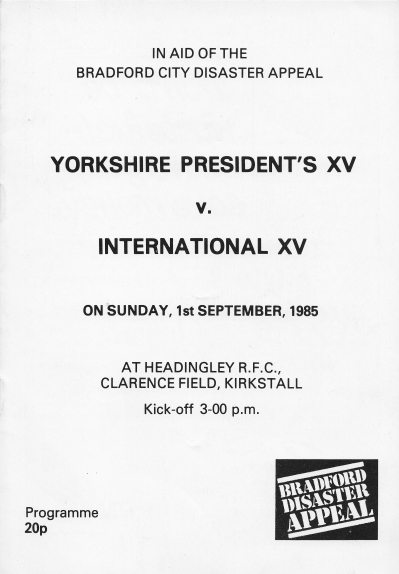 My feature about remembering the 1985 disaster published on Width of a Post in May, 2019.

The following was published on Width of a Post on 8th May, 2020: Deriving strength and inspiration from the Fire Disaster.

Elsewhere on this blog you will find features about the history of football in Bradford – in particular about Bradford City AFC – a number of which have been published in the BCAFC matchday programme. Scroll down for the recent article on Glorious 1911.

The menu above provides links for free, accessible history about BCAFC based on substance rather than soundbites. During the course of researching the origins of sport in the Bradford district I have discovered the extent to which there have been inaccurate and superficial narratives about what happened. I’d go so far as to say that the history has been done an injustice. Hence the intention is that this blog will be developed as a reliable source of historical reference and complements what I have written in my books as well as on VINCIT – Links here to my online articles about the history of sport in Bradford.

Updates to this site will be tweeted: @jpdewhirst