In 1911 – only eight years after soccer had been launched at Valley Parade – Bradford City AFC won the FA Cup against Newcastle United in the replay at Old Trafford, Manchester on 26th April. It remains the club’s greatest achievement and a defining part of the club’s identity. 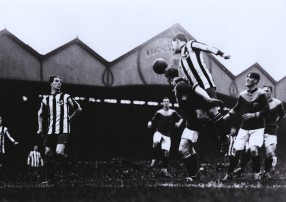 Until the emergence of the Premier League in 1992 the FA Cup commanded enormous interest both domestically and abroad and prior to World War One the FA Cup overshadowed the Football League Championship in terms of prestige. Numerous commemorative items were produced to capitalise on the interest. 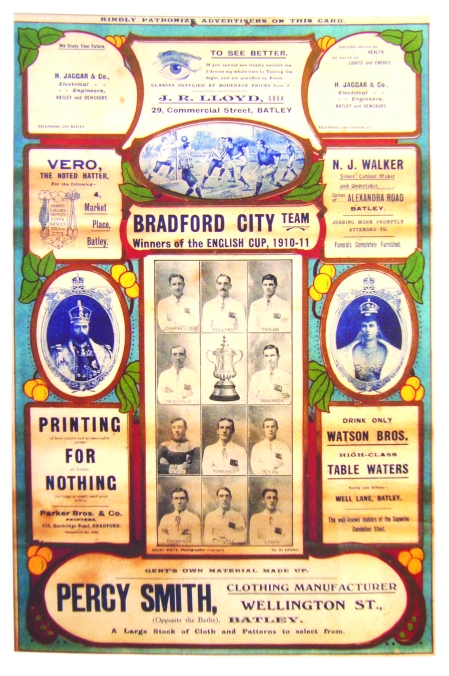 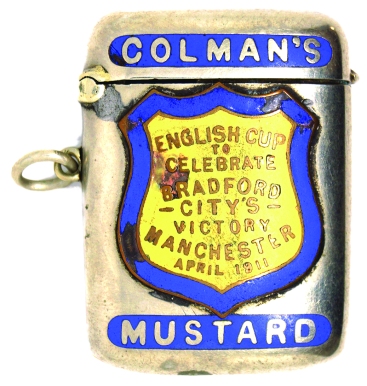 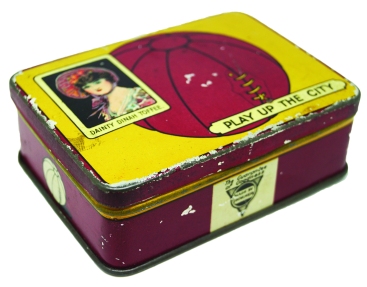 On 27th April, 1911 under the headline ‘Twas a Famous Victory’ the Bradford Daily Telegraph reported: ‘Never in the history of Bradford has such a sporting triumph been consummated… The eyes of the English speaking world are upon Bradford today; the team have brought honour and glory not merely to themselves and to the club, but to the city of their football adoption.’ 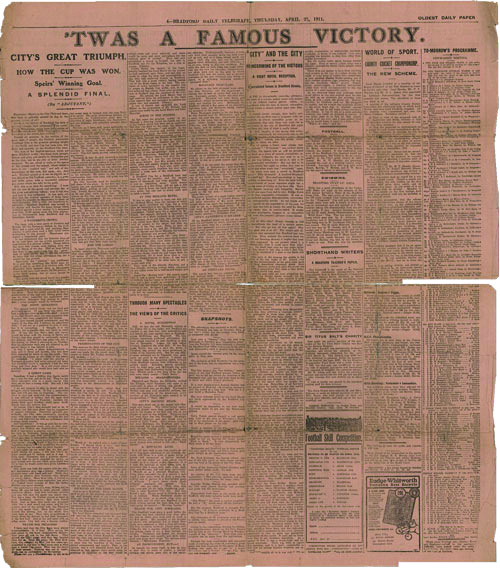 WH Smiths published a team card for the final at Crystal Palace and the other example was published by The Sportsman. The latter is notable for the number of adverts evidently aimed at a London based readership. My understanding is that a single, definitive or official programme was not published until the 1920 FA Cup Final at Stamford Bridge. Hence it is quite possible that these team cards were not the only ones available in April, 1911. 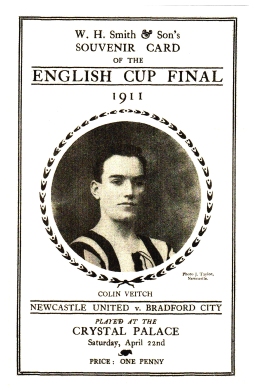 The following is an account of the achievement published in the club’s own match day programme: 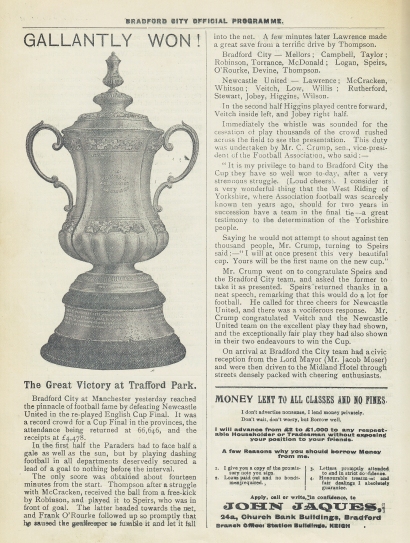 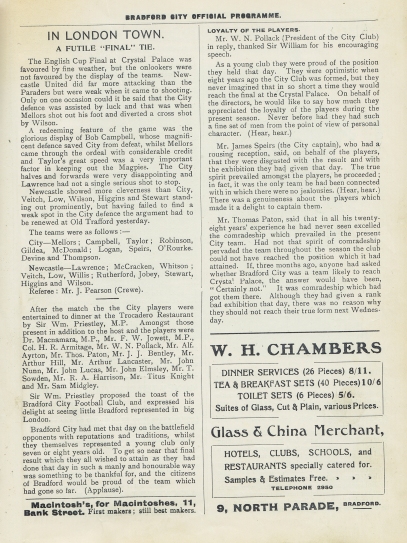 The 1911 FA Cup success followed in a tradition of earlier sporting achievements by the senior Bradford clubs, most notably Bradford FC winning the Yorkshire Challenge Cup in 1884 and Manningham FC the inaugural Northern Union championship in 1896. However what was unprecedented was the assembly of people – estimated to be 100,000 – who greeted the successful team on its successful return from Manchester to Bradford on 26th April, 1911. That same evening there was a celebratory dinner at the Midland Hotel, the first of many.

We also remember the fact that two members of the FA Cup winning team were killed in World War One: Jimmy Speirs who had scored the winning goal and Bob Torrance, man of the match in the Cup Final replay. 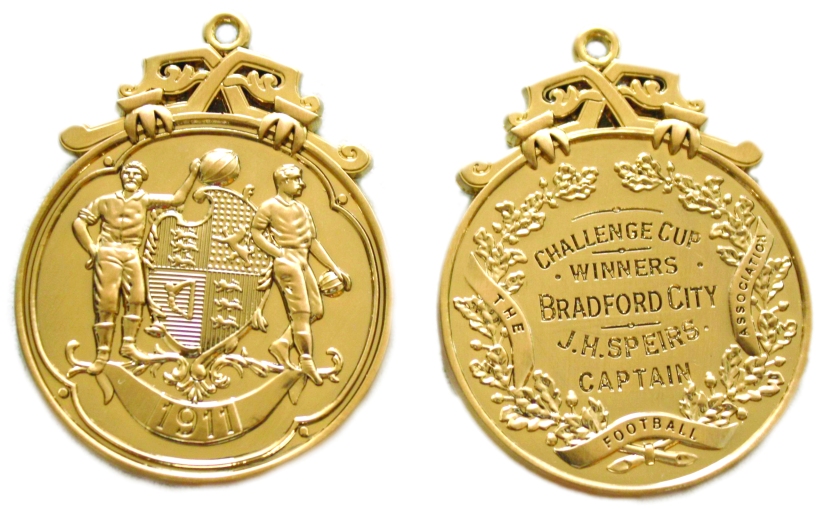 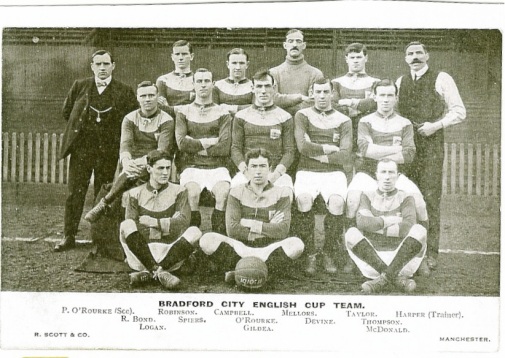 The drop down menu above provides links to previous programme articles, archive images, book reviews and features on the history of Bradford sport.

*** DEADLINE for SUBSCRIBER COPIES for the latest volume, LATE TO THE GAME by Rob Grillo is 5th MAY ***