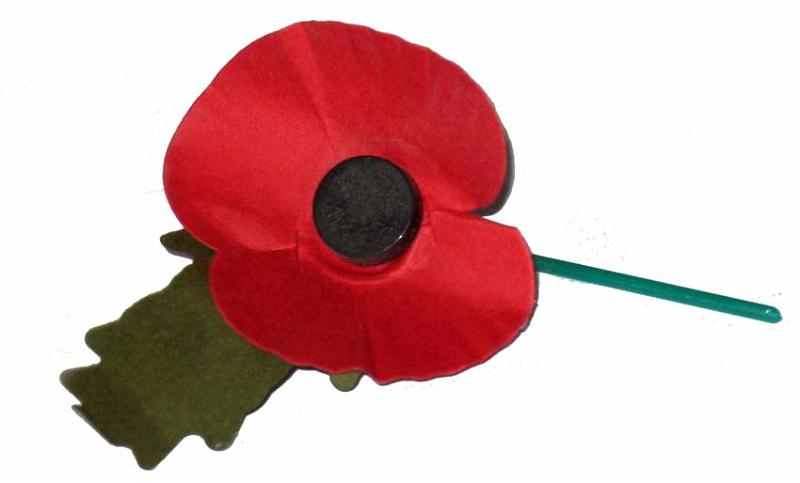 This Sunday, 11th November marks the centenary of the end of World War One. It was a conflict that has a particular poignancy for Bradford City supporters given that three serving as well as seven former players of the club lost their lives. The fatalities included Jimmy Speirs, team captain and scorer of the winning goal in the 1911 FA Cup Final replay as well as Bob Torrance, acclaimed as man of the match in the replay.

Whilst it is important to remember the sacrifice of the club’s players we should also recognise that the so-called Great War of 1914-18 impacted greatly on the football club. Indeed, what tends to be overlooked is that numerous supporters of the club were also among the war dead and injured. In turn the war touched upon the families of Bradfordians. In the aftermath of the war nothing was quite the same for either the city of Bradford or Bradford City. Aside from the personal tragedies, the city had lost its German community and the finances of Bradford City AFC were depleted to the extent that the club lost its first division status in 1922.

Historic links between sport and the military in Bradford

The war also redefined the links between the football club and the local military. When I undertook my research on the origins of football in Bradford, it became apparent that the historic ties between sport and the military in the district had long since been forgotten. This is ironic given the constant reminder provided by the traditional club colours of City and Avenue / Northern having been derived from military connections. My belief is that after the carnage of the Great War the military heritage tended to be overlooked, not necessarily for ideological reasons but because it was probably seen as outdated, if not irrelevant as people looked to the future.

The early history of Manningham FC – established in 1880 and the predecessor of Bradford City AFC in 1903 – had strong links with the citizen soldiers of Bradford. The generation of men involved with establishing ‘football’ clubs in Bradford during the second half of the 1870’s was typically connected with the Volunteer – or territorial – army units in the town and ‘athleticism’ in the widest sense was considered to be a form of military training by virtue of its health benefits.

One reason for the popularity of the Volunteers was that they provided recreational opportunities and in particular access to new sporting activities such as gymnastics and ‘football’ (which in Bradford meant rugby). There was even a dedicated side, Bradford Rifles FC established in 1875 which comprised of a high proportion of Bradford Caledonian FC players (one of the oldest clubs, established in 1873 and also the biggest), a number of whom subsequently became associated with Manningham FC in leadership roles.

This connection encouraged a natural sympathy towards the military but so too did the proximity of Valley Parade to Belle Vue barracks where the 3rd YWRRVC was based. Closer still were the artillery barracks adjacent to Cottingley Terrace just off Valley Parade. Both were used on various occasions for meetings as well as changing and training facilities by Manningham FC and the infant Bradford City club.

The dominant political culture at Valley Parade and Park Avenue prior to World War One was unquestionably Conservatism and it was second nature for the two clubs and their membership to espouse patriotism. A good example of this was the decision to adopt claret and amber in 1884. This came at a time of patriotic fervour associated with the Sudan crisis and the excitement that Bradford men might actually go to war. Arguably it was the same enthusiasm thirty years later with spectators at Valley Parade being actively encouraged to enlist to fight on the western front.

The traditional sporting colours of Bradford were red, amber and black whose origin can be traced to the original Bradford Volunteers of the Napoleonic era. The colours of the local West Yorkshire regiment with whom the 3rd YWRRVC was affiliated were claret and amber.

In addition to Jimmy Speirs and Bob Torrance, the war dead included England internationals Evelyn Lintott and Jimmy Conlin, James Comrie, George Draycott, Ernest Goodwin, Harry Potter and Gerald Kirk. Unfortunately the status of Ernest Kenworthy who played two games for the club in 1906/07 was not established until after the erection of the memorial in the Valley Parade reception in 2015. (NB George Draycott, Ernest Goodwin and Bob Torrance were serving players of BCAFC at the time of being killed in action.)

Subsequent to the war, Jimmy Speirs and others with a Valley Parade connection were remembered first and foremost as fallen soldiers among comrades in arms. So many men had been killed that there was a reluctance to differentiate former professional football players as deserving of unique attention and the players would have concurred with this treatment. Nowadays the fallen players are afforded particular prominence whereas prior generations tended to remember them among countless others who never returned. The distinct commemoration of footballers killed in action has thus been a more modern phenomenon.

A memorial to the war dead of Bradford City was not erected at Valley Parade until 2015 and this hangs in the Valley Parade reception. (The person who made this possible was supporter John Barker of Farsley who arranged its production.) The memorial was funded by a badge sale that I helped organise through Bantamspast and the proceeds also helped fund a stone memorial to the Bradford Pals at Serre near the Somme battlefield in France.

Further detail of Bradford’s military history is told my book ROOM AT THE TOP, available from Waterstones and Salts Mill or direct from BANTAMSPAST HISTORY REVISITED BOOKS.

Read about Bradford City’s tour of Germany in 1914

The role of the military and the Rifle Volunteers was so integral to the story of the origins of sport in Bradford and such an influence on the Manningham / Bradford City club that I am unforgiving of anyone overlooking the theme and particularly so when the individual otherwise makes bold, vainglorious claims to be an authority about sporting history in the north of England. To ignore the importance of the military influence on the history of Bradford sport beggars belief (although it isn’t the only glaring omission by the author concerned).

The drop down menu above provides links to features published in the BCAFC programme, book reviews and sundry articles about the history of Bradford and its sport.

If you are interested in local sporting history, visit the dedicated online journal VINCIT