This year marks the 36th anniversary of the launch of The City Gent which was released at the end of October, 1984. Yet although it was a pioneering publication it was by no means the first to be produced by football supporters in Bradford. In 1983/84 for example there was the short-lived Bantams Review.

At Park Avenue, the Bradford supporters club published The Kick Off as long ago as September, 1946. The content was relatively bland by today’s standards and the size was modest at only 12 pages. It sold for 3d at a time when the Bradford Park Avenue match programme cost 2d. The poor quality paper attests to the immediate postwar circumstances when supplies were restricted. That a publication of its kind should have emerged at the time is therefore all the more remarkable. 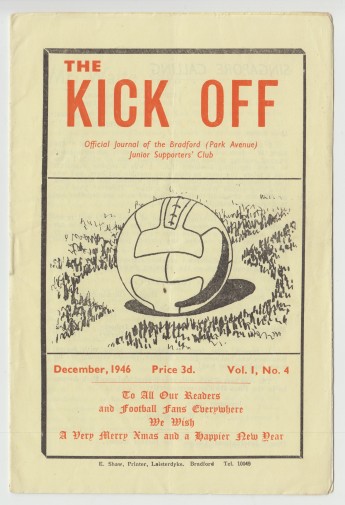 To my knowledge, no more than nine issues of The Kick Off were produced and it ceased publication midway through the 1947/48 season. Later issues suggested a struggle to find suitable content and it may have proved overly ambitious to publish on a monthly basis. 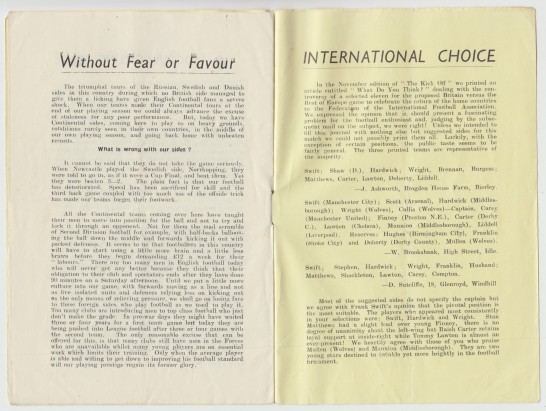 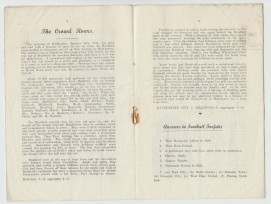 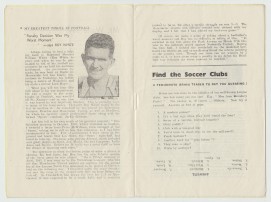 The publication sought to promote interest in Bradford Park Avenue rather than criticise. Besides, the board of directors at Park Avenue insisted that all editorial content was vetted prior to publication. It was certainly not independent and in later issues there is the suggestion that The Kick Off was exploited by the board as a means to explain, or indeed excuse, club policy. 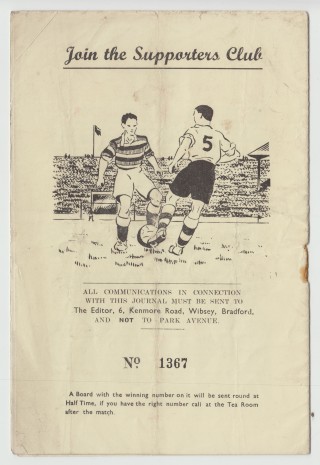 I am unsure whether The Kick Off derived its inspiration from existing supporter publications at other clubs but it is equally plausible that the example at Park Avenue inspired others. The most famous title of that era, Gunflash was first produced by the Arsenal Supporters’ Club in the 1949/50 season. If anyone is aware of other such supporter publications I’d be very interested to know. 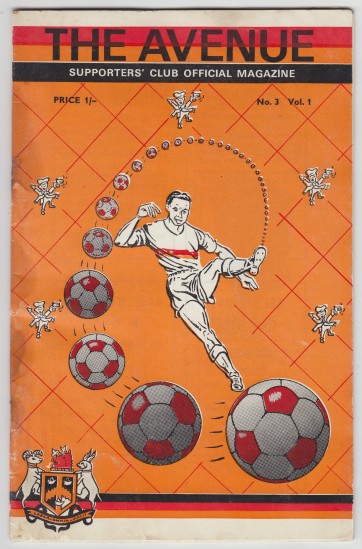 At the beginning of the 1967/68 season the Bradford Park Avenue Supporters’ Club repeated the earlier initiative with a new magazine, The Avenue which ran to four issues. The publication was produced by a national company, Supporters Magazines Limited ‘in co-operation’ with the National Federation of Football Supporters Clubs. It came at a time when there was a revival in popular enthusiasm for football (ie post World Cup 1966) and it may not be a coincidence that the style was similar to that of the recently launched Football League Review (then included within club programmes).

Less than 20% of The Avenue was dedicated to Bradford PA affairs and the remainder comprised bland, syndicated content. Notable however is that there was nothing in the editorial that could be described as either contentious or critical of the parent club – this despite its perilous circumstances which warranted independent challenge and scrutiny. As with The Kick Off, the Bradford Park Avenue Supporters’ Club hoped that The Avenue would encourage interest in Bradford PA but it was a half-hearted effort and it seems that the BPASC again struggled to find suitable content. We can also assume from the disappearance of The Avenue that it didn’t sell and presumably that was the case around the country with similar titles at other clubs.

The history of football fanzines has been well documented yet the phenomenon of publications such as The Kick Off, The Avenue and others around the country of the same time has been overlooked. I should be very interested to hear from readers who may be able to cast a light on similar supporters publications elsewhere in the United Kingdom prior to the 1980s. Please DM me on Twitter: @jpdewhirst

NB To my knowledge there was nothing like The Kick Off or The Avenue at Valley Parade prior to the 1980s. Launched in 1984 as the publication of the City Travel Club ’73 (Bradford), The City Gent was the first independent magazine to be published by a Bradford City supporters’ group – Link here to background about the origins of The City Gent – whereas Bantams Review that ran to three issues in 1983/84 was a private initiative (refer this link)

Further information will be uploaded to www.bantamspast.net in due course.