Scunthorpe United FC was elected to the Football League in 1950/51 and this is the club’s 70th in the competition. Of those, Scunthorpe have spent 36 seasons in the fourth division and 25 in the third division (of which 8 in the regionalised third division and 17 in the national third division) with a further 9 seasons spent in the second division.

Since 1950 Bradford City has likewise competed mainly in the lower divisions. However, in comparison, the Bantams have had a better record with 2 seasons in the top tier, 11 in the second division, 8 in the regionalised third division, 25 in the national third division and 24 in the fourth.

Surprisingly perhaps the two clubs have competed at the same level in only 26 seasons and in the last 35 years this is only the 8th season that we have been in the same division. During the same period both clubs have had an unprecedented degree of change in terms of league status and until we renewed rivalry in the third tier between 2005-07 and then 2013-19 our paths had not crossed since the 1983/84 season.

This is the 10th season that we have been rivals in the basement with 8 seasons together in the national third division and 8 in the regionalised third division. Of 51 league fixtures to date, City have won 17 games and Scunthorpe have won 19. Games with Scunthorpe have always tended to be close affairs and most have been settled by a fine margin. Our record victory was 4-0 in May, 1977. 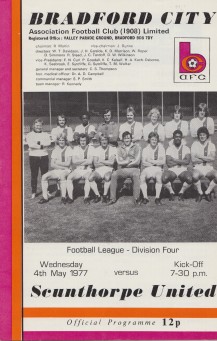 The programme from our first visit to the Old Show Ground in April, 1951 is shown below. In 1958 it had become the first football stadium in England to have a cantilever stand but the ground was vacated in 1988 and is now the site of a supermarket. 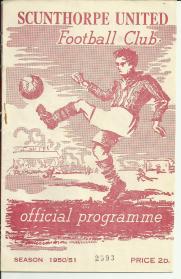 The two sides have been drawn together on three occasions in the FA Cup but City have yet to beat Scunthorpe United. Featured is the programme from our first round meeting in 1994/95 which finished 1-1. 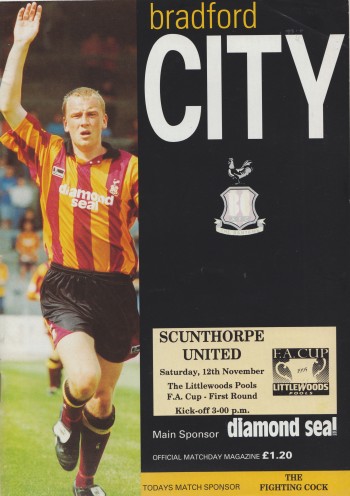 Ten years before that City beat Scunthorpe home and away in the Freight Rover Trophy (programmes featured). 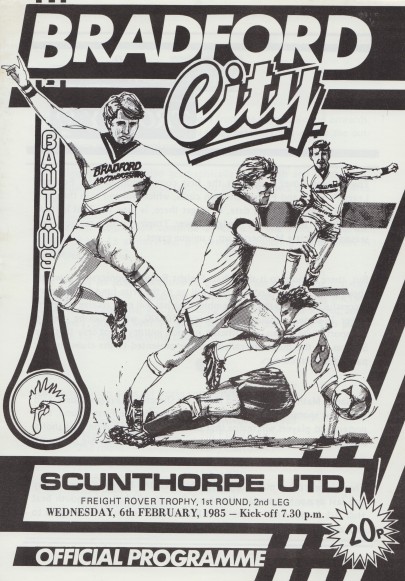 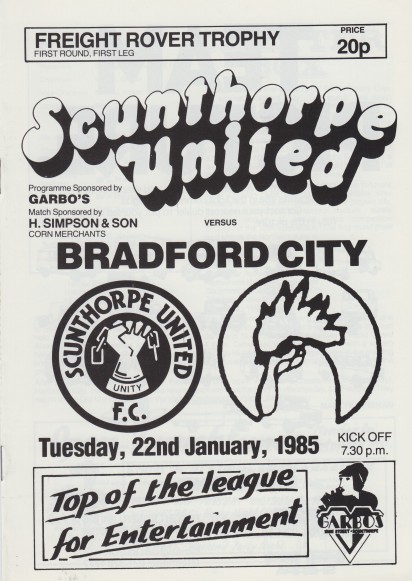 Thanks for visiting my blog. The drop down menu above provides links to archive images of Valley Parade and content on the history of Bradford City as well as book reviews and prior programme features.